The purpose of this following article is to share some of the observations I made during my one month stay in Cape Town, in January 2017. Indeed, I will share with you some of the most turning points, analyzed with my ‘’Swiss student in sociology’’ skills. Therefore, I am totally aware of the subjectivity of my remarks, and accept other viewpoints.

A few days before my take off, I had a lot of preconceptions of what South Africa could be like due to the fact that I had been warned so many times about the high rate of murders and rapes, or about the AIDS issue. Fortunately, I was curious enough to check by myself if this place was as insecure as I was told. Also, having studied South African history, above all Nelson Mandela, the apartheid and its end, I was quite naive for having believed that people are now fully equal since 1991, that they were all living peacefully after all the years of injustice they’ve been through. As a matter of fact, the reality was quite different.

At first glance, nothing to report. My first day at the Waterfront was exactly as I imagined it. A crowded place, where fair-faced tourists are either taking pictures, either admiring Table Mountain while trying to get their skin more tanned. Everything was normal, maybe besides the fact that almost all of employees, sellers, waiters, security officers or cleaners, were black. Nevermind.

After a long sleep, I decided to have a walk to Camps Bay, where I could have a little swim. It was actually at Camps Bay, while lying on the sand, that I made my first conclusion: Black and colored people are still not used to their ‘’26 years old freedom’’. There were none of them enjoying the beach. The only ones I saw were lying on the Sea Point Promenade, on small hidden, not really attractive rubble beaches. One could say that they don’t need to get tan, or they may not appreciate spending family days on the beach, however I would rather think that this is not a sufficient explanation. The habitus, (which is a system of dispositions, usually shared by people with similar background in terms of social class, ethnicity, education etc. that organize the ways in which individuals perceive the social world around them), and the socialization (the lifelong process of inheriting and disseminating norms, customs, values and ideologies) of black and colored people are very powerful. They basically have mental barriers which doesn’t allow them, or at least put them in difficulty enjoying beaches, despite the fact that it is public and free. Thus, some places are symbolically segregated.

Given that the habitus is an unconscious process, some people with whom I discussed justify this by the fact that black people are afraid of sharks, so they try to avoid any risks. Other people, maybe a bit savvier and lucid, as ‘’Arthur’’ my Uber driver for a day, claims that black people don’t have time to bask, they need to work hard instead, in order to live, or survive. This fact leads me to the next paragraph, which is about black and colored socials conditions.

A lack of solidarity between black “community”

Naturally, apartheid left a huge gap between white people’s education level, and their black counterparts. There was an unequal access to school, and when they had the opportunity to go, furniture, conditions and educational level of teacher were quite low compared to other places. This fact has an obvious effect on the current situation. As mentioned above, most of unrewarding jobs are done by black and colored people. It is very rare to come across white people cleaning, selling (in shops etc), or even running a taxi. They are rather into ‘’hidden jobs’’ as teachers, managers, businessmen, owners of shops, restaurants etc., for example. Moreover, a lot of beggars and homeless people (black and colored, young and old) dwell in Cape Town’s streets, in rough hand-made ‘’huts’’. Nevertheless, although all of this noticeable poverty can shock the swiss boy I am, this is not what startled me the most. It was actually the lack of empathy, of solidarity between black ‘’community’’ itself that got me thinking. Here are few examples.

As I was walking in Cape Town’s streets, an old homeless man was sleeping on cardboards under a bus station. I started to stare at him while carrying on my way and feeling sorry for him when I suddenly heard the voice of a man telling me: ‘’Look at this, huh’’. I answered him that it was really sad, and, with an mocking and haughty smile, he replied: ‘’come on men, that’s bull*hit!’’.

Having used Uber every single day was also a good way to investigate about locals lives. If most of the drivers are from Zimbabwe, (and therefore, black) all of them justify it by claiming that South-African people are lazy. In addition, due to the large amount of beggars and wretched people in Long street at night, I was frequently approached for money while waiting for my Uber to get home, and most of the time, I couldn’t say no. One night, I particularly felt sorry for a very old piteous man, who was begging for food. While he was asking I saw my car coming, and I told the driver to wait 2 minutes, the time I could give all my coins to the moneyless men. As soon as I started to look for the money in my bag, the uber driver came out of his car and started to shout at the beggar in order to drive him away from me. He was very aggressive and was yelling ‘’you’re killing my business man get out of here’’. Once the doors closed and the car was ready to go, his look completely changed, and was now smiling at me, telling me that he was sorry that I had to face up with this ‘’lazy land liar’’ man. Actually, most of Uber drivers I talked to admitted saying that all these ‘’street people’’ are lazy, and it was their fault if they are in this situation.

Plus, watch out to not look like a beggar, or worse, a robber. As I was waiting for my juice in Waterfront, a young badly dressed man who was holding a plaster on his cheek interpellated me by telling that since armed burglars took him all his wealth, he needs 30 rand to go to the closest hospital. I first asked him to show me his injury, and I couldn’t look at it for more than one second. He was really deeply wounded and bleeding. Therefore, I asked the employees of the little shop where I ordered my juice, who were witnesses of all the scene from the beginning, if they could offer him water or something, and without hesitating, they refused, pretexting that he’s probably a robber, who injured himself so he can justify his needs. I was terribly annoyed at the situation. We can see that as soon as you’re a miserable, or seen as a one of them, you can only count on yourself.

One last example to illustrate this lack of solidarity, is the day I went to Llandudno, this rich, peaceful and beautiful area. As my Uber driver was trying to drop me off to the closest possible of the beach, the (black) parking guard, while not even looking at the driver, started to yell at him saying that he couldn’t go further. Within thirty seconds, a massive Range Rover, driven by white people, wanted to go to the place my driver wanted to go. The parking guard, doing his job, told them as well, with a velvety voice, that it was going to be impossible to carry on. Then, I heard the driver pressing him, which perfectly worked out given that they managed to go on. It was obvious that it was not the first time my driver went through this kind of experience, given his calm face.

Thus I asked him how could he justify this unequal treatment, and he told me that the guard was jealous, that he wanted him to share his Uber gains with him.

This partiality made me think of the relationship between the black and white people. The same Uber driver, who was in fact very aware of his environment, started to tell me a story which happened to him, so as to emphasize this lack of fairness. Being married for 3 years, he started to tell me that he has worked six days a week for twelve hours a day, in order to allow his wife some privileges that most of black people might never know. Once, he went with his beloved one to one of those classy restaurant on the camps bay promenade, which are doubtlessly quite costly for the locals, and he ordered a bottle of Moet (a relatively expensive champagne about 1500 rand, 150$). Nevertheless, as opposed to the usual way, the waiter asked him to pay first, only then he could access to his order. Feeling embarrassed, he paid as he was asked, so as not to create a scene between all the well-to-do customers. After a few cups, he decided to leave the place, with only half of the bottle consumed, maybe as a sign of opulence. As soon as the manager has seen it, he hurried up to apologize for having been rude to him, and he gave him his personal number so he could call him next time he plans to come. The Uber driver refused, and told him that he definitely would never come back.

Heterogeneous groups due to education?

One of my personal observation was to notice that it was pretty rare to behold mixed and heterogeneous groups. We usually see white people together, and black together as well. When I was at Waterfront, I decided to ask the black employee, who seemed to have knowledge according to our conversation, how could he explains that people do not mix with other. His theory was to say that whenever black people see other black, walking, hanging out or just having fun with white people, they start to think that these blacks are betraying their community, or plotting against them.

In my opinion, and partly due to the history I studied, this fear of being betrayed may be a trauma. It could come from the time of slave trade, where local chiefs captured others black in order to sell them to Europeans traders. Moreover, one interesting thing he told me was the fact that he, as many of his relatives, was raised and told by his parents that white people are bad and evil, that they must avoid them.

To sum up, so as to break this vicious circle keeping people into a kind of darkness and blindness, the change has to take place on the early years of life, where the child is being taught the rules of society. However, most of black parents grew up in apartheid time, so they brought up theirs kids in the same way they have been raised. It is therefore a matter of time and generation, until an important change of mentalities occurs.

Eventually, to upgrade the average level of black and colored education and to catch up with their late, all the works and projects of awareness, of educational help, that are being done by volunteers are substantial. Poorness and hardship are factual and real. Although few people will take advantage of it to earn ‘’effortless money’’, deny the poverty or relieve their guilty conscience about doing nothing to help. 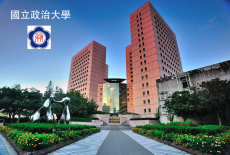